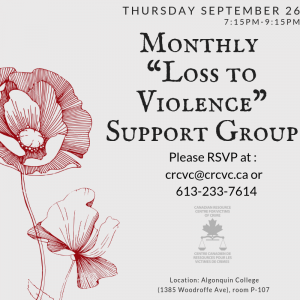 Interpersonal violence is often approached from different facets such as criminal, economic and health yet rarely are the actual health implications looked into, other than the immediate physical damage caused by violence. Yet, as the Global Status Report on Violence Prevention 2014 has found, the non-fatal consequences of violence are the greatest part of the social and health burden arising from violence and this burden is generally carried by women, elderly people and children throughout the world. This can include negative behavioural, cognitive, mental health, sexual and reproductive health problems, chronic diseases and social effects that all outweigh the physical injuries sustained from the violence.

It has been found that violence against women and children contributes disproportionately to the health burden, particularly child maltreatment and women who have experienced intimate partner and sexual violence have more health problems, incur considerably higher healthcare costs, make more visits to healthcare providers over their lives and have more hospital stays (including longer durations) than those who have not experienced violence.

This violence has also been linked to other adverse health reactions such as afflictions of the brain and nervous system, gastrointestinal and genitourinary systems, and immune and endocrine function. For the women going through or having survived intimate partner violence and other forms for violence associated with that, there are also sexual health implications, as chances for HIV and other sexually transmitted infections (such as syphilis), unwanted pregnancies and other reproductive problems skyrocket with experience of violence. This can include having low birth weight babies (16% higher risk) and chances twice as high of an induced abortion.

Evidently this violence also affects the behaviours of the victims and thus being exposed to violence is linked to high-risk behaviours such as alcohol and drug abuse, as well as smoking, which all increase the risks of several leading causes of death (i.e., cancer, chronic lung disease, liver disease, etc.). This can affect young victims as well, either as a learned behaviour or as backlash to their suffering, which becomes very dangerous.

There are also repercussions on victims’ mental health. The risk for anxiety, depression, post-traumatic stress disorder and suicidal behaviour is also heightened, not to mention that exposure to violence and men’s perpetration of violence against women have been shown to be associated with high-risk sexual behaviours. This can tie in with the aforementioned sexual health risks.

Unmistakably, with all of the health menaces associated with violence there are also a wide range of indirect costs, such as spells of unemployment, absenteeism and other health problems that can affect the victim’s job performance. There are also indirect costs that relate to lost productivity because of things such as premature death, long-term disability, the provision of places of safety for children and women, and disruptions to daily life for fear regarding personal safety. Obviously these indirect costs affect people at varying degrees and those with a less stable income to begin with, from poorer social economic classes are disproportionally affected. Those without proper social support (i.e. family/friends) can also be disproportionately affected.

Relatedly and just as importantly, there is the issue of other violent crimes like homicide and non-domestic assault, both of which can have long-term implications on health. The hazards associated with being victimized by violent crime also include engaging in negative coping mechanisms, such as substance abuse and said victims are at a much higher risk to turn to such behaviour versus the general public. Anxiety, depression and post-traumatic stress disorder also pose as huge perils. Furthermore, all of the aforementioned health risks have an impact and contribute to problems in regards to unemployment, loss of productivity and disruptions to normal, daily life.

Sadly, Canada does not take a public health stance towards victimization as a result of interpersonal violence or other forms of violent crime. We have chosen to instead focus on the causes of violence, over the impacts. Research done on restorative justice programs shows the positive impact RJ seems to have on the improvement of the psychiatric and physical health of victims. This is possibly because such programs focus on the harm (caused and suffered) versus justice processes. In Canada, many of the short and long-term health needs of victims and survivors alike go untreated as a result of this focus on justice. With violent crime being sudden and unpredictable, victims and survivors are at the highest risk for severe impacts from victimization, yet they have very few low-cost or free mental health supports or other healthcare services at their disposal. The CRCVC believes we must move toward a healthcare response to violence, without linking the services offered to offenders or perpetrators, in order to more fully address the impacts of violence on survivors.

The Canadian Resource Centre for Victims of Crime offers support, research and education to survivors and stakeholders.